Buckaroo Tavern to pour its last drink after 72 years 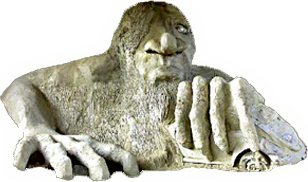 Receive an email when we publish a new post

Since 1938, Fremont’s Buckaroo Tavern has seen only three owners. When Keith and Donna Morey took over the tavern on the corner of 42nd Street and Fremont Avenue, they promised to keep it the Buckaroo Tavern and have done so for the 26 years they’ve owned it.

Scroll below for video, photos:

The Moreys bought the tavern in 1984. Keith ran the bar and organized annual Christmas and Thanksgiving potluck dinners for regulars. He encouraged filmmakers to use the Tavern and was delighted to host several feature films and music videos over the years. Keith Morey died of lung disease Feb. 26, 2007, but Donna has kept the tavern going in his memory.

On Sept. 17, the Buckaroo Tavern will close its doors, perhaps for good. According to Donna Morey, the property owner sold the building to an old friend without telling her, though the Moreys had made yearly offers to buy the building. The new owners, Lars and Nils Christian, told Donna Morey that her four-year lease will not be renewed when it runs out in September. According to Morey, the Christians have offered to buy the business or even just the name as a consolation, but Donna and her Grandson, Christopher Morey, could not agree on a reasonable price for the business and are unwilling to sell the name of the bar or the landmark neon sign out front. The Christians, contacted by email, declined to comment.

Christopher Morey hopes to open a new Buckaroo Tavern elsewhere in Fremont, but is still searching for a location. He says it will be hard to replicate the Buckaroo, but hopes to re-create the “living room” feel that keeps so many regulars coming back.

We spoke with Buckaroo regulars who remembered the tavern’s long run:

Read previous stories from the Student Projects: The Homeless Neighbor, Entrepreneurialism in Ballard, The Missing Link and Lights Out, Computer On