Murals popping up around Fremont, Ballard

You may have seen one of the new murals appearing around the neighborhood over the last three weeks, like this one on 45th and Leary. 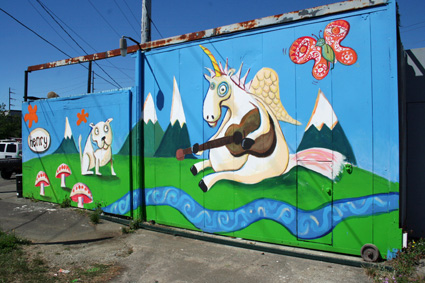 There’s also one at 15th and Holman Road. On the Triangle Lounge in Fremont. At the Episcopal Bookstore along Stone Way. At Walt’s Automotive on 45th in Wallingford. One in Sodo. And this one on 49th, just east of the Ballard Bridge. 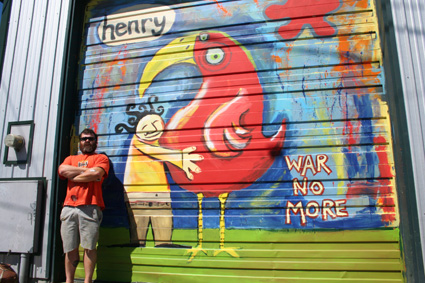 It’s all the work of talented artist Ryan Henry Ward, who took a quick break from his work to pose in front of his latest mural. He said he would whip up a mural for just about any business that asked for one. And in many cases, he’s doing it for free. (Although he said the Triangle paid him in beer.) “We think it looks terrific and brightens the commercial portion of our street,” writes John from the Episcopal Bookstore. (See photos of that mural here.) 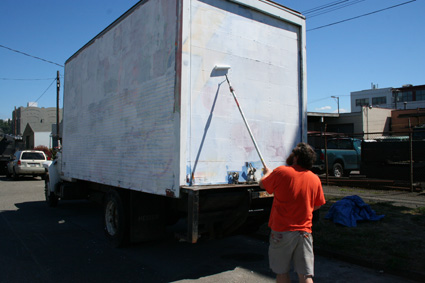 When we caught up with Ward, he was even painting a mural on this truck. He said he’s doing it to get his name out there, as well as discourage graffiti. If you like Ward’s work, you can see his paintings at the Orange Splot Gallery in Fremont. And if you’d like to contact him about a mural, email him at ryan@lucibelle.com. After all, Ward says his goal is to paint 50 murals in different neighborhoods across Seattle. (Thanks John for the tip!)