The Pocket Theater recently called Fremont home while performing at the West of Lenin Theater  from January 31st until March 1st. In that time, they produced more than 15 shows and put on more than 25 performances. The calendar offered a wide range of shows including sketch comedy, improv, stand up, theater and variety shows. 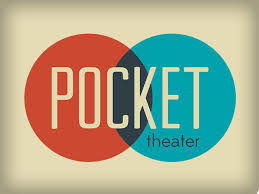 This new theater, founded in 2013 by Clayton Weller after a successful Kickstarter campaign, is currently living the nomadic life while searching for a permanent home. During the month of March they will be based at the Seattle Creative Arts Center in Ballard before heading south to the Rendezvous in Belltown and eventually returning to Fremont in May.

The Pocket Theater places an emphasis on small, intimate performances that reward both the audience and the performers. As Executive Director, Clayton has spent significant time researching, collaborating, and questioning traditional theater models. The goal he says, is to “make a theater where its impossible for the performers to fail, from everyone’s perspective.”

The end result is indeed  more intimate and fosters a stronger sense of community. Having a theater nearby offering the high volume and variety of shows that the Pocket does makes stage entertainment far more accessible. Tickets are about the same price as a movie (all  shows are $10 ahead of time online and $14 at the door) and audience members are rewarded with impromptu laughter and a greater sense of participation. All together this makes the Pocket’s performances worth venturing out for, whichever venue they are currently calling home.

While at West of Lenin the sketch comedy group Ubiquitous They, which Clayton is a member of, made the most of the studio space and engaged every member of the audience with their antics. Clayton explains sketch comedy has the ability to be extremely “lean” comedy and that when done right it sheds much of the unnecessary content. In Ubiquitous They’s most recent show “Foxtrot,” every facial expression, exaggerated gesture, and slight cue resulted in either  laughter or furthered the plot. Not a moment of the audience’s time is wasted and that certainly adds up to more laughs. Visit Ubiquitous They’s Facebook page for more news about upcoming performances.

UBIQ·UI·TOUS adjective
: existing or being everywhere at the same time

UBIQUITOUS THEY comedy group
: collaboratively creating and performing sketch comedy since forming at University of Puget Sound in 2003

SketchFest Mash Up comedy workshop
: an intensive weekend workshop for people of skill levels to brainstorm, pitch, practice, produce, and perform a sketch comedy show, all in one weekend. The first one of 2014 begins Friday March 14th