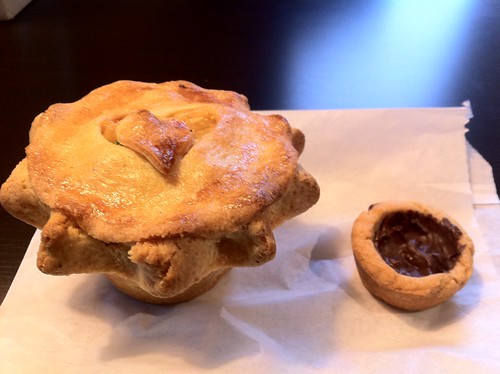 Pie isn’t just for Fremont anymore. Owners Renee Steen and Jess Whitsitt recently announced that the sweet and savory pie shop will be expanding with a new shop in the renovated Seattle Center House.

“Our heart is in Fremont but we are ready to spread the pie love,” says Whitsitt, whose palm-sized pastries have become a bona fide hit since Pie opened in January 2011. The duo had been looking to expand to South Lake Union when the invitation from Seattle Center arose. They signed papers Friday afternoon.

It will be a full-scale shop just like the one in Fremont and the goal is to open a week before Memorial Day weekend.

Pie joins Skillet at The Armory, which is the new name of the remodeled Center House.