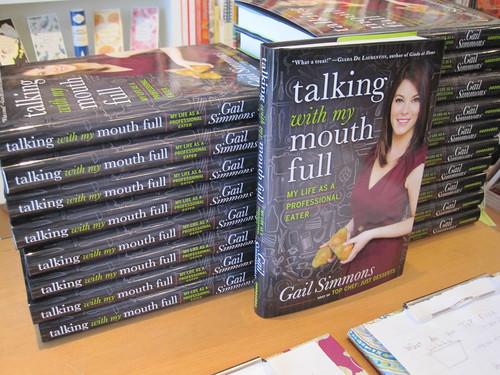 While most of her appearances have been in bigger spaces, Simmons was excited for the opportunity to appear in a boutique store, remarking, “it makes me happy to see small culinary bookstores.”

Of course, the big buzz was about the previous night’s Top Chef finale, of which many of the 25 or so attendees had not yet seen. And so, the winner was referred to with a gender-neutral codename (“Pat”) in order to stay spoiler-free while discussing the amazing dishes that kept her and the other judges deciding until six a.m. before announcing a winner. 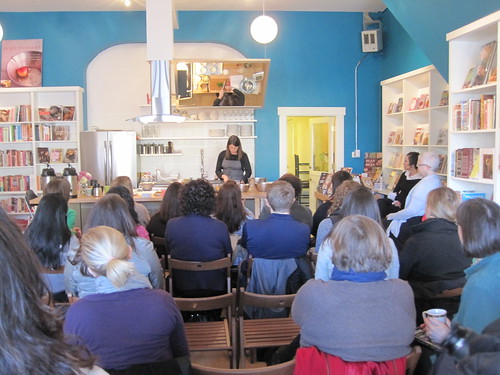 While she mixed a savory souffle concoction based on a recipe that Carla from season five of Top Chef attempted, Simmons shared her thoughts on what she thinks when each season begins (“I can never tell who’s going to win, but I can tell you who the best cook is.”), this most-recent season’s surprise competitor (“Don’t get between Beverly and a rifle.”), and discussed the rumor that an upcoming season of the show could take place here in Seattle (“I know as much as you know…I do know it’s between three cities.”).

Simmons also shared some of her favorite Seattle restaurants, including Canlis, How To Cook A Wolf, Tilth and Salumi. 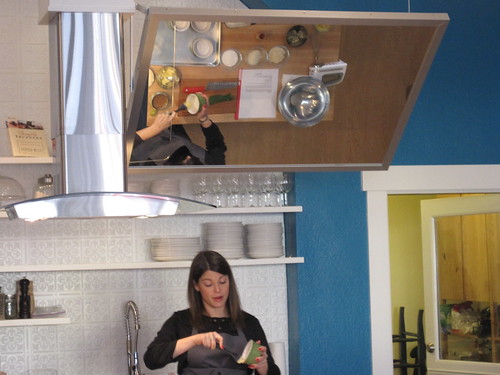 After the demonstration, Simmons signed her book for audience members and shared the completed souffle with everyone.

Talking With My Mouth Full is a memoir of Simmons’ life and how the integral role of food in it and also includes 12 recipes. It’s available at Book Larder for $26.99. 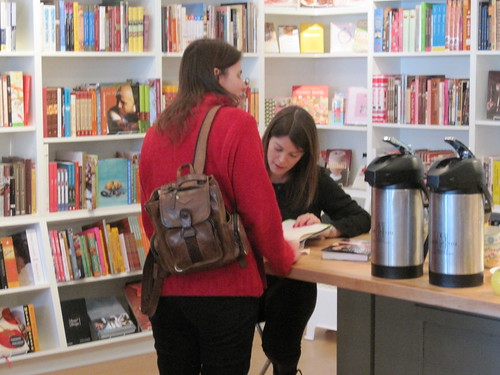