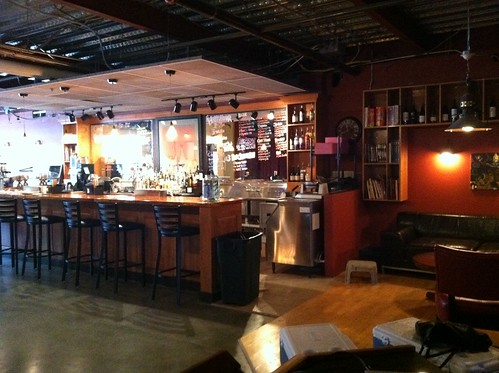 The Rogue & Peasant is the latest addition to the Fremont Avenue/36th Street area. Located in the space previously occupied by Asteroid Cafe, the music club/coffee shop features a music booth, green room, bar and outdoor seating.

Jeremiah Johnson, one of the three owners, said that he hopes to provide a venue for non-profit organizations and local artists. Johnson, along with owners Amber and Loren Schein, specialized in delivering essential learning material to schools overseas. In August their non-profit, Logistics for Logic, delivered 500 books to a school in Morocco, but Johnson says the current economic climate has made it difficult to find donors.

“I want to see this space grow into an art house,” Johnson said. “That is what we’re after.”

Johnson says he enjoys being part of the creative process, before the cafe opened several visitors were invited to use the stage for rehearsals. 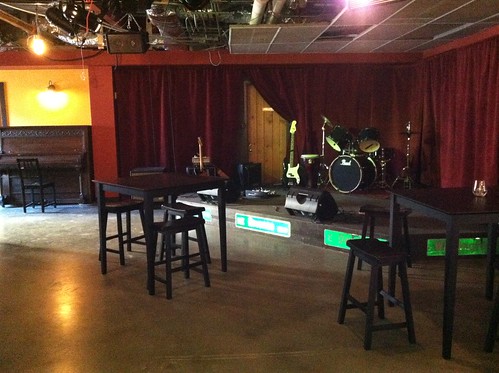 “We’re all about collaboration here,” he said. “That’s what I would like to see, artists of all genres coming together. We book everything and anything.” The team already has several shows confirmed and they plan to feature two reoccurring acts each month. This past Friday the local indie pop band Sweet Secrets performed at the grand opening.

Johnson said that he leaned heavily on the artistic community for support. Even the bathrooms are theatrical, comics inspired by the 1950s and 1960s were painted on the walls while the ceilings are decorated with record sleeves. “A lot of artists are finding us; bands, musicians, actors, painters and theater folks,” he said. “ We want to provide them with a palette and canvas, a space where they can do their work.” 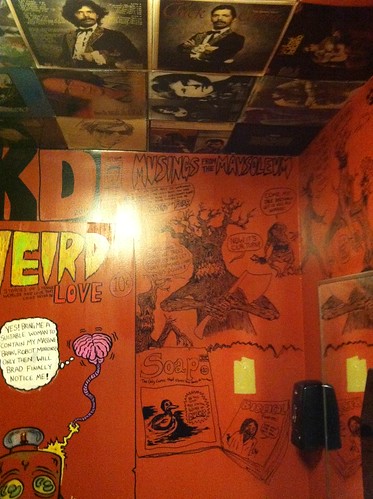 Selena Smith, the cafe manager, said she has never been more excited to come to work. “Everyone we have is fun to be around and so lively, you never feel like you’re the only one relied on,” she said. “We want to bring businesses in Fremont together in the future.”

The cafe is partnering with American Pie in Georgetown and will soon start carrying the bakery’s pie and soup of the day. The owners also plan to host open mic nights and feature an actors studio. “There is a tremendous amount of music and art that happens here,” Johnson said. “We’re trying to tap into that community.” 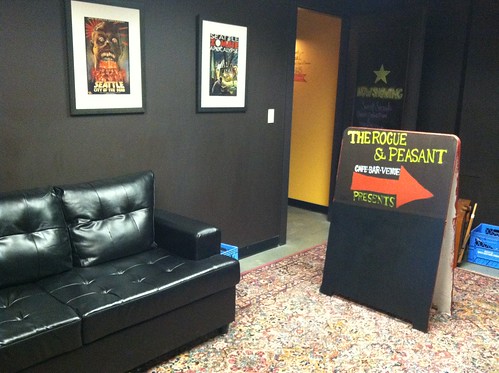