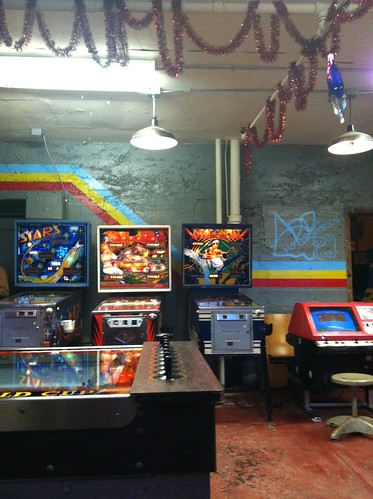 Fremont’s first arcade has opened for business on 36th street. Add-a-Ball, which was previously a scooter-repair shop, features vintage games and a bar.

For three and half years owners Travis Echert and Brad Johnsen ran ADD Motorworks, where they held occasional parties and pinball tournaments. The owners decided to focus on the arcade business full-time.

“About 5 months ago we started talking about getting rid of all the tools and scooters and just doing arcade and beer,” Echert said. “Now it’s here.”

Add-a-Ball has 7 arcades, 7 pinball machines and a Baby Pac-Man machine, which is half video game and half pinball. Most of the games come from collectors in the area who Echert says have garages full of games. Other machines come from Craigslist and trips to Oregon.

“We mainly just get games that we’re interested in,” Echert said. “That’s how we set up the place, it’s a spot we’d like to come in and hang out at.”

Echert said that people are excited about the arcade and were even willing to help out and sell games at good prices.

“There have been plenty of people that have come in excited by it,” he said. “Mostly everyone leaves smiling and says they’ll come back, they generally do.”

The World Cup is a popular game among visitors. Echert describes the 1968 machine as a cross between bubble hockey and foosball. “People go bananas over that game,” he said. “Really intense matches have happened here.” 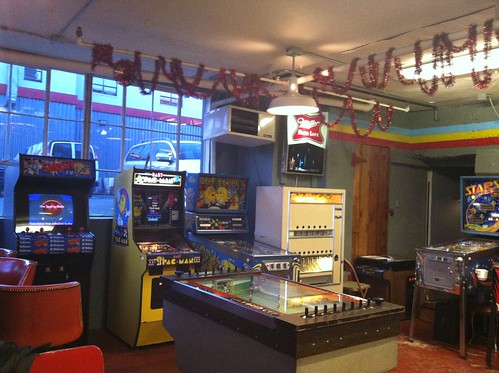 Add-a-Ball is the only arcade in the neighborhood, when the Buckaroo Tavern closed two years ago there were no other places to play pinball in Fremont.

“Basically every neighborhood has at least four or five bars with pinball in it, but Fremont had none,” Echert said.

Echert and Johnsen want Add-a-Ball to be a place where people can have fun playing good games. Most of the games are 25 cents per play and sometimes they last up to ten minutes. Echert says they’re hoping to expand the number of machines in the future. They recently added the Vindicatiors, a futuristic tank game, to their collection. They also plan to use their backroom storage for new games and pinball machines.

“People can expect a good time, it’s not a place where you need to spend a lot of money to have fun.” Echert said. “It’s a spot to hang out in the middle of Fremont.” 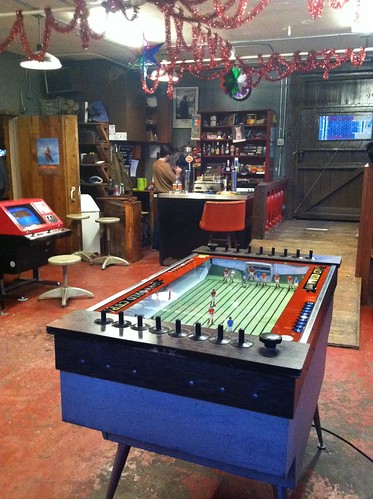