A SWAT team descended on a home near 3rd Ave. and 41st St. tonight after a man inside reportedly fired shots into the air, then locked himself inside. Officers spoke to him over a loudspeaker urging him to give himself up. At one point, SWAT members fired loud flashbangs to get his attention. 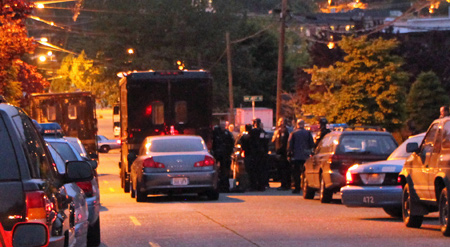 Just after 10:30 p.m. police took the man into custody. When the incident began around 8 p.m., police closed a wide area around the home, shutting down Leary and 3rd Ave., diverting traffic to side streets. Neighbors who couldn’t access their homes milled the streets, waiting for the police action to end. 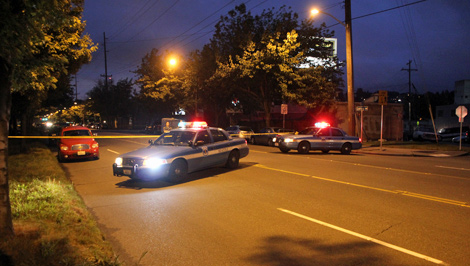 There were no reports of injuries. (Thanks Silver for your help!)