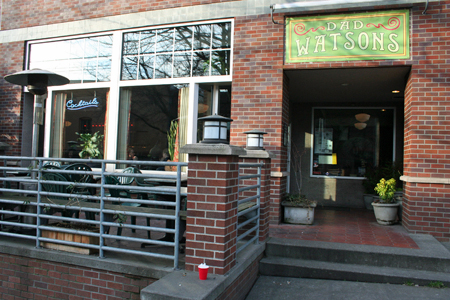 On June 18, after you’ve taken in all the many sights and sounds (but mostly sights) of the Solstice Parade, you might want to head over to Dad Watson’s for a drink. Because it’s going to be your last chance to do so in Fremont.

The McMenimans-owned pub is closing up shop June 18th and heading to a new location in the University District. According to one employee I spoke with, their lease in the current spot expired and they’ll begin the process of moving cross-town, though they won’t be opening in their new location for a little while.

The pub will be hosting an employees-only closing party before the final day but no other celebrations have been planned.

The area around Fremont Ave. & 36th continues to evolve. With the new hostel moving in across the street, expect more changes to hit the area. We’ll have to see how well it all pans out for retailers, restaurants, building owners and especially Fremonsters.