The Dumpling Tzar Brings A Traditional Russian Treat To Fremont 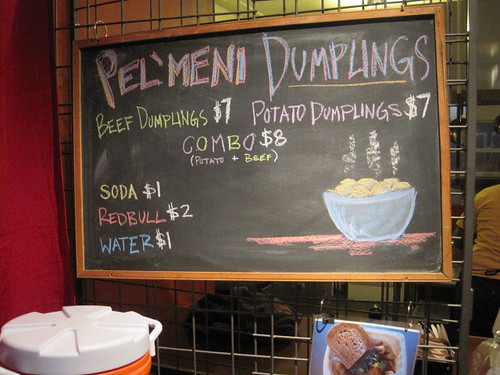 It’s late. Two in the morning. You’ve spent your evening downing shots of icy vodka and you need to eat something before sleep claims you. You stop at the giant statue of Vladimir Lenin to check your bearings…you’re close. You head ’round the corner and walk towards a dark back-alley. No police in sight, good sign. You see what you’re looking for and walk inside. You order, what else, Russian dumplings. You scarf them down quick as you can and make your way home before the authorities can find you.

Could go either way, really. Especially now that The Dumpling Tzar has come to town.

Pel’Meni (3516 Fremont Pl N) is the newest culinary addition to the Fremont food scene. Check them out, that is, if you can find them. Tucked away in the Fremont Place alley, they’re just around the corner from Lenin’s Statue. And let’s face it, if you’re going to specialize in Russian dumplings, there’s no better spot in town.

The name of the restaurant comes from the dish they serve. The ONLY dish they serve. Pelmeni (Russian:  — plural,  pel’men’ — singular) are a Russian national dish, a type of dumpling consisting of a filling that is wrapped in thin, unleavened dough. They take that old Russian favorite and add their own local twist, using eggnoodle and adding their own mix of herbs and spices.

Pel’Meni serves two versions of the dumpling, beef and potato, and they’re covered in a variety of seasonings including curry, Pel’Meni spicy sauce, cilantro, rice wine vinegar and sour cream. To complete the whole experience, a slice of rye bread accompanies all this goodness. 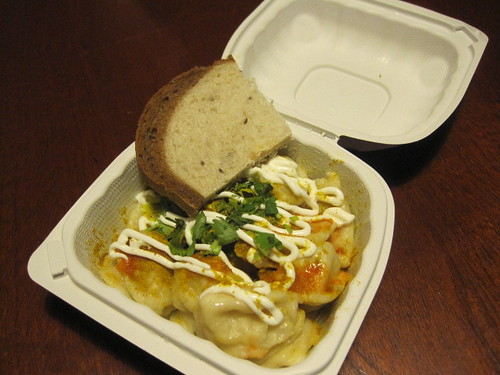 The restaurant began in Juneau, Alaska of all places. Zach Parry and Jesse Barrabee-Parry brought the concept down to Washington and opened their own store in Bellingham. From there, Pel’Meni first made its way towards Seattle as a food booth at Bumbershoot, Sasquatch Festival, Family Fourth celebration at Gas Works Park and The Bite of Seattle.

In early February, the husband and wife team opened a brand-new Pel’Meni here in Fremont. They share a space on Fremont Place with Alley Cat, next door to Hidden Hand Tattoo.

Pel’Meni’s operation hours are 5pm to 2:30am Tuesday – Sunday. Why so late? The dumplings are a favorite with college students and the bar crowd, and both are usually looking for something good to eat around 2am.

Inside the shop you’ll notice two things (besides the dumplings). First, the record player and records, which are a staple of the Pel’Meni experience in all their restaurants. Second, the compost and recycling bins that help Pel’Meni keep their trash to an absolute minimum.

More photos after the jump… 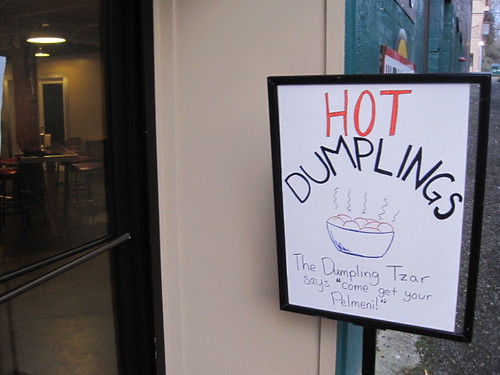 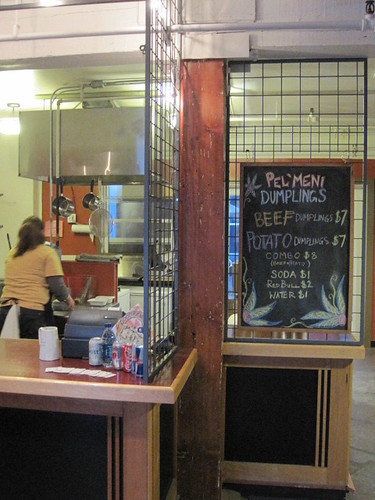