Close to 100,000 people are expected to flood the streets of Fremont this Saturday and Sunday for the Fremont Fair and Solstice Parade.  The parade itself kicks off at noon on Saturday from N. 36th and Leary, travels through the heart of Fremont, and ends at Gas Works Park. 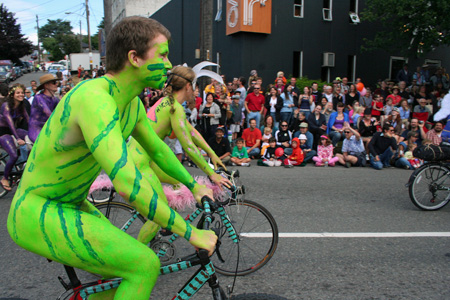 Photo above from 2009 Solstice Parade

In addition to the parade, which kicks off with the famous naked bicyclists, you’ll find plenty of other things to do.  Here’s a sampling:

Fremont Abbey Arts for All:  Painting, interactive sculptures, sidewalk chalking, live music at the Rocket Block next to the Big Purple Slide 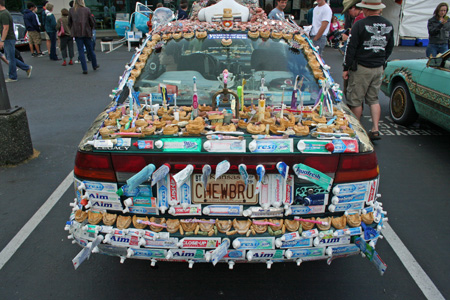 Shakespeare on The Troll:  Selected scenes from the Bard’s most famous and beloved plays in front of the Troll.

And keep an eye out for a booth collecting donations for the families involved in the deadly fire last weekend. You’ll find a map of the vendors and entertainment here.  You can also visit the fair’s official website.

The fair runs from 10am to 8pm on Saturday, and 11am to 6pm on Sunday.  We’ll have full coverage throughout the weekend here on FremontUniverse.com as well as on our Twitter and Facebook accounts.