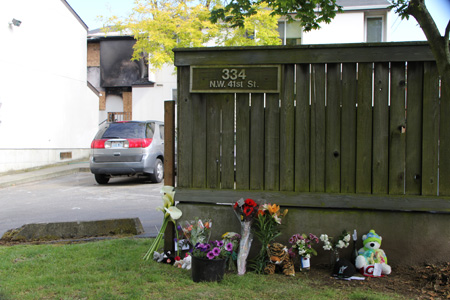 A small memorial is forming along the fence line outside the apartment complex as cars drive slowly by looking at the scene. We saw one of the neighbors winding up the charred fire hose that residents used before firefighters arrived on scene. “Everything burned in the fire,” he tells us. 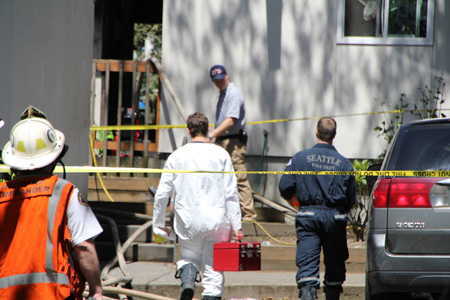 Today, fire investigators said the fire started in a living quarters on the first floor. “In discussions with the mother, we know she went upstairs to notify people,” said Fire Chief Gregory Dean. “The smoke alarm was working at that time. She grabbed one of the kids, came downstairs, and she believed the rest were following her. And when she got outside, they were not. We did find the four children and the aunt in the second floor bathroom, huddled together.” Dean said the cause of the fire is still under investigation. 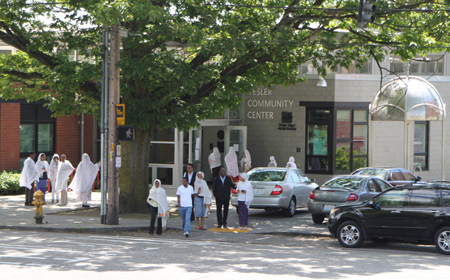 Since last night, hundreds of members of the Ethiopian Tigray Community Association have been gathering to mourn the tragedy. The city opened up the Yessler Community Center early, and throughout the day, members of the community have streamed in and out, many with tears in their eyes. “This is one of the hardest times for our community,” said Berhane Abraha, a spokesperson.