Freshmen at Seattle Pacific University began their first day of college by serving several communities around Seattle.  Nearly 800 students and teachers participated in SPU’s annual CityQuest on Saturday.  The event, which is “strongly recommended” for incoming freshmen, began nearly 20 years ago as a way to help students discover the city, as well as introduce community involvement as part of their college experience. 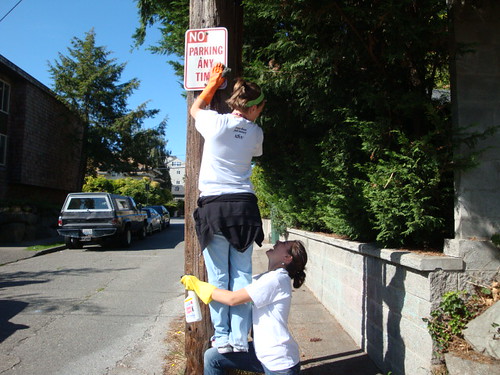 After making it through their first year at college, sophmores Anika Severin and Kelsey Lund returned as pod leaders for this year’s CityQuest.  Says Kelsey, “Nothing helps you through awkward times more than doing community service together.” 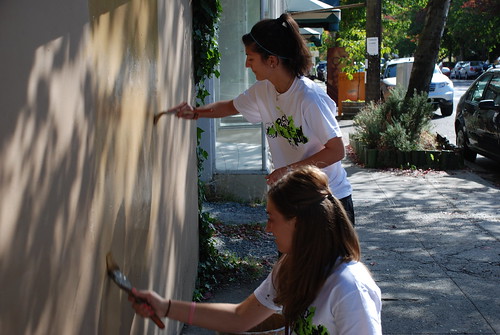 One group of more than twenty students and a faculty member helped at Fremont Abbey Arts Center, where they painted, cleaned graffiti around the neighborhood, picked up trash and fixed things as needed.  Another group helped refurbish elementary science units at the Seattle School District P-12 Inquiry-Based Science Program on N. 35th St.

SPU has ongoing community projects throughout the year.  If you have a group or non-profit that would like to connect with student groups, register on the school’s Volunteer Database or get on a list for next year’s CityQuest by emailing Owen Sallee at owen@spu.edu.